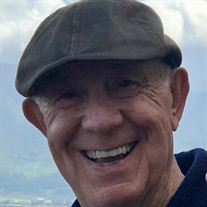 Domenic Fontecchia, 81, of Hellertown and formerly of Bethlehem, died on May 29, 2021. He was born August 19, 1939 in Ferentino, Provincia di Frosinone, Italy; son of the late Vittorio and Natalia Benedetta Concetta Fontecchia. He will be dearly missed by his daughters, Shelley Jacobs and spouse, Arthur; and Mandy Rutman and fiancé, Lee Abruzzese; his wife, Grazia Fontecchia; step-daughter, Susan Wilson; grandchildren, Megan Scotchlas and spouse, Jon, Justin Mondzak, and Hannah Rutman; great grandchildren, Sophia and Isabella Scotchlas; as well as sister, Dionisia Giorgi and several nieces and nephews. Domenic was preceded in death by his sisters, Pia Ferraguti and Maria Ferraguti. Domenic was a 1958 graduate of Liberty High School and earned various certificates from management programs throughout the years. He was highly respected in the garment manufacturing industry for his management and technical skills, pursuing excellence and increasing quality and productivity everywhere he worked. Domenic had many friends from all the places he worked. His leadership was appreciated around the world at the following companies: Phoenix Clothing Company (Genesco Corp), Allentown, PA; Cross Country Clothes, Hickey-Freeman, Rochester, NY, ITALCO, Rome, Italy, and Ermenegildo Zegna, Barcelona, Spain. In retirement, Domenic utilized his expertise as a consultant in Massachusetts, New York, Pennsylvania, Florida, Italy and China. In 2002, he officially retired to his dream house in Ferentino, Italy. In 2004, he began his heroic 17-year battle with cancer. And in 2006, Domenic returned to Bethlehem. Domenic was a parishioner for most of his life at Our Lady of Pompeii of the Most Holy Rosary Catholic Church, later he attended Our Lady of Perpetual Help Catholic Church and was a member of Parrochia Sant'Agata, Ferentino. He was devoted to Saint Pio of Pietrelcina, leaning on his grace during battles with pancreatic and liver cancer. The doctors called his recovery, from both, miracles. His faith sustained him and gave him strength to beat the odds more than once. Domenic was active in the Italian Club and Portuguese Club. He loved flea markets and yard sales, finding discarded treasures and bringing them back to life. Domenic loved his homes, working tirelessly to maintain and improve them. He was masterful with brick and stone work, filling his yard with beautiful wishing wells, planters and other artistic additions. Domenic loved a party - the more the merrier. He was life of the party with jokes and stories. Barbeques, holiday dinners, and pizzas cooking in the brick oven he made himself were highlights. The last meal he cooked was homemade pasta for his wife and daughters. Food was his passion. Domenic loved Wheel of Fortune and Italian TV; especially silly variety shows and soccer, cheering Italy to Euro and World Cup victories. He was a talented soccer player as a young man but went to work instead. His work ethic was unparalleled. The family will receive guests on Saturday, June 5, 2021 from 2-4 p.m. at Connell Funeral Home, 245 E. Broad St. Bethlehem, PA 18018. A service will be held at 3 p.m. Memorial contributions may be made to the American Cancer Society.

Domenic Fontecchia, 81, of Hellertown and formerly of Bethlehem, died on May 29, 2021. He was born August 19, 1939 in Ferentino, Provincia di Frosinone, Italy; son of the late Vittorio and Natalia Benedetta Concetta Fontecchia. He will be... View Obituary & Service Information

The family of Domenic Fontecchia created this Life Tributes page to make it easy to share your memories.

Domenic Fontecchia, 81, of Hellertown and formerly of Bethlehem,...

Send flowers to the Fontecchia family.