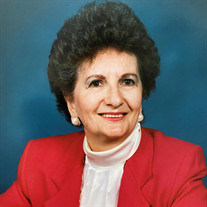 Jean (Eugenia) Butrymowicz, 88, of Hanover Township, died on June 10, 2020 at Gracedale Nursing Home in Nazareth, PA. She was born in Zhytomyr, Ukraine, daughter of the late Alexie Koritko and Anastasia Brese. Jean immigrated first to Austria and then to the United States where she settled in New Jersey and married her first husband Stephen Terebey. After Stephen’s death Jean got remarried to Joseph Butrymowicz. She was married to Joe for 45 years prior to his death. Family was paramount to Jean and, because of that, she spent her time raising her children. She was active in her church community, first at St. Gregory Palamas Greek Orthodox Church and then, after moving to Pennsylvania, Saint Nicholas Russian Orthodox Church. She loved to garden and to tend to her plants both indoor and out. Her stalwart personality carried her through many tough times over the years. She was a loyal friend who treated those she cared about like family. She will be remembered by her children, Sonja Mawson and husband Robert of Missouri, Alex Terebey of Arizona, Tania Tafilowski and husband Dave of North Carolina, 11 grandchildren, 9 great grandchildren, sisters Mina Gibson, Irma VanSchoick and Mary Kiernan, and dear friends. She was preceded in death by her first husband Stephen Terebey, second husband Joseph Butrymowicz, daughter Maria Prinz, son Stephen Terebey and brothers Alexie Koritko and Adolph Brese. A memorial service will be announced at a later date. Arrangements have been entrusted to Connell Funeral Home. Memorial contributions may be made in Jean’s name to St. Nicholas Russian Orthodox Church, 980 Bridle Path Rd., Bethlehem, PA 18017

The family of Jean Butrymowicz created this Life Tributes page to make it easy to share your memories.

Send flowers to the Butrymowicz family.