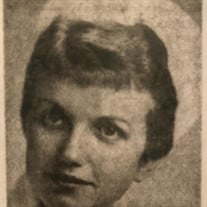 Mary Jane (Fertal) Kris died peacefully at her home on November 16, 2021, at the age of 83. Always known as a stellar student, she attended Bethlehem Catholic High School, graduating in 1956 before attending Sacred Heart Hospital School of Nursing (Class of 1959) and the University of Pennsylvania (Class of 1963). She began her career working on The Presidio army base in San Francisco, where she cared for injured soldiers returning from Vietnam. Later she became a nursing supervisor at Lenox Hill Hospital in New York and served as a clinical instructor for nursing students. She eventually settled in Westfield, New Jersey, and worked at Overlook Hospital. A nurse for more than 40 years, she cared for countless patients, educated many students, and had a lifetime of interesting stories to share. With a spirit of adventure, she led a full and active life. She skied for many years and was known to cycle throughout town during the 1970s gas crisis. In addition, she was a talented artist, with her paintings adorning the walls of her home. Following her retirement, she took up cards and bocce, becoming a champion player. She was active in her retirement community, participating in political groups and enjoying social events. Mary Jane was preceded in death by her mother, Irma (Shemenek) Fertal and her father, Edward Fertal. She is survived by her husband of more than 52 years, Fred Kris. In addition, she leaves behind her brother Edward Fertal III (and his wife Carol Fertal), her son Douglas Kris (and his wife Lee Ann Kris), her daughter Alison Kris (and her husband Seth Bienstock), as well as her five grandchildren Alexis Bienstock, Zoe Bienstock, Mary Kris, Patrick Kris, and Ella Bienstock. Mary Jane will be remembered as a loyal friend and as a devoted mother and grandmother. May she find peace at last as she joins family and friends who have gone before her. A Mass of Christian Burial will be held on Monday, November 22 at 1:00 at Incarnation of Our Lord Parish (formerly Ss. Cyril and Methodius Church) in Bethlehem, PA, with calling hours from 12noon-1pm. Services will be followed by burial at Holy Savior Cemetery, in Bethlehem, PA.

Mary Jane (Fertal) Kris died peacefully at her home on November 16, 2021, at the age of 83. Always known as a stellar student, she attended Bethlehem Catholic High School, graduating in 1956 before attending Sacred Heart Hospital School of... View Obituary & Service Information

The family of Mary Jane Kris created this Life Tributes page to make it easy to share your memories.

Send flowers to the Kris family.