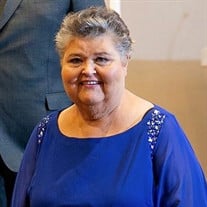 Phoebe Sechrist, 71, of Bethlehem Township passed away Tuesday, January 28, 2020 surrounded by her family at St. Luke’s Hospital - Fountain Hill Campus Born in Hazleton, PA she was the daughter of the late Doris (Minnick) and John (Jake) Reznick. Phoebe graduated from Misericordia University with a Bachelor’s degree in Biology. She continued her education by obtaining a Master’s degree from the College of St. Rose in New York in Communication Sciences and Disorders. Phoebe later received her CCC (Certificate of Clinical Competence) in Speech-Language Pathology from East Stroudsburg University. She spent most of her life working in education. She retired as a speech-language pathologist from Carbon-Lehigh Intermediate Unit #21. One of Phoebe’s proudest moments was receiving the Annie Sullivan Award, an award honoring an educator who exemplifies caring involvement of students with disabilities. In her free time, Phoebe enjoyed spending time with family and vacations at the beach. Phoebe will be lovingly remembered for her quick wit, her infectious smile, and her kind and caring spirit. Phoebe is survived by her children: Ronald, III and “wife,” Tara Martinell; Amanda and fiance, Michael Mayer; and Ariane, wife of Jeff Kegolis; sister, Doris, wife of Guy Gillette; cousin, Jean Galvin; husband, R.B. Sechrist, Jr.; several nieces, nephews, cousins, aunts, and an uncle; her dogs, Lucy Lu and Spencer; and her grand-pups, Boggs and Frankie. A calling hour will be held on Monday, February 3, 2020 at Sacred Heart Catholic Church 1817 First St., Bethlehem, PA 18020 from 10-11 AM followed by a Mass of Christian Burial at 11 AM. Burial will be private. Arrangements Connell Funeral Home, Bethlehem. In lieu of flowers, memorial contributions may be made in Phoebe’s name to your local animal shelter or to Ronald McDonald House Charities.

Phoebe Sechrist, 71, of Bethlehem Township passed away Tuesday, January 28, 2020 surrounded by her family at St. Luke&#8217;s Hospital - Fountain Hill Campus Born in Hazleton, PA she was the daughter of the late Doris (Minnick) and John (Jake)... View Obituary & Service Information

The family of Phoebe Sechrist created this Life Tributes page to make it easy to share your memories.

Send flowers to the Sechrist family.