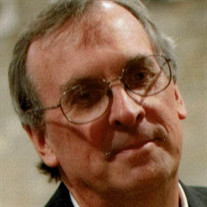 John V. Reynolds, husband of forty-six years, father of five, and professor of political science at Moravian College, died on Monday, January 27, 2020, at St. Luke’s Hospice House in Bethlehem. He was 68. The cause was cancer. He lived, worked, and taught fueled by a fierce commitment to fairness and an uncompromising belief in what was right. He spent his professional career teaching, using the study of American politics to show students how to question, analyze, and trust the power of institutions to preserve democracy. John married Rachel in 1973, and they raised five children together in the city of Bethlehem. He earned a bachelor’s degree from Lehigh University and a Ph.D. from Rutgers University, both in political science. He taught at Moravian College from 1979 until his death. John was the founder of The Promise of the Rainbow, a conference of local high school students focused on discussing issues of race and diversity. He was a former chair of the Lehigh Valley Children’s Coalition, a public policy advocacy group. A passionate defender of public education, John served as the Parent Advisory Committee representative for Thomas Jefferson Elementary for several years. While his own children were young. John spent parts of three decades coaching baseball and softball at North Central Little League and basketball with the Hurricane Basketball Club. In addition to his wife, he is survived by his five children, Scott (wife Jennifer), William (fiancé Natalie), Molly (husband Joel), Joe, and Elizabeth; his brother Dan (wife Mary); and four grandchildren. The services will be private. In lieu of flowers, memorial contributions may be made to the Dr. John V. Reynolds Scholarship Fund to benefit first generation college students at Moravian College, 1200 Main St. Bethlehem, PA 18018. www.moravian.edu/makeagift

John V. Reynolds, husband of forty-six years, father of five, and professor of political science at Moravian College, died on Monday, January 27, 2020, at St. Luke&#8217;s Hospice House in Bethlehem. He was 68. The cause was cancer. He lived,... View Obituary & Service Information

The family of John V. Reynolds created this Life Tributes page to make it easy to share your memories.

Send flowers to the Reynolds family.