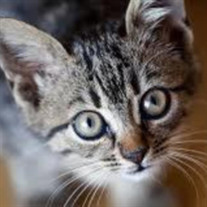 Joseph R. Pulley was born December 3, 1931 in Bethlehem, PA to Joseph and Emily (Horn) Pulley. He died February 21st, 2021. He is survived by numerous cousins. He graduated from Liberty High School in 1949 and Moravian College in 1958. Joe served in the US Marine Corps. While in the Marine Corps, he was one of the youngest to serve in the Korean War. Later he served in the US Border Patrol at El Paso, TX and Brownsville, TX. Joe began his teaching career at the Phelps School in Malvern, PA. There he started a wrestling team. The wrestling team won the Keystone Conference Championship in its second year. He also coached baseball and JV soccer. Joe then moved on to to teach at Florida Central Academy in Sorrento, FL. There he coached swimming and golf. His teaching and coaching career did not stop there. He started a successful soccer program at Carson Long Institute. There he took one wrestler under his wing and coached him even without a full wrestling team. This young student captured the Keystone Conference Championship and placed second in Prep School tournament at Lehigh University. Some of the other schools that Joe touched the lives of many students as a teacher and coach were Admiral Farragut Academy at Pine Beach, NJ, Marine Military in Harlingen, TX, Riverside Academy in Gainesville, GA, and Schuyler Academy in Schuylerville, NY. He finished the last eight years of his full time teaching career at Girard College in Philadelphia, PA. While at Girard College he was called up for Operation Desert Storm. He accepted and served as one of the oldest soldiers in Saudia Arabia and Kuwait. Among all his regular and reserve units he served in totaled 43 years. Joe always kept himself very busy. He had substituted at Northwestern Lehigh, Northern Lehigh, Parkland, Whitehall, both Allentown High Schools, Lehighton, and Salisbury. Anyone who knew Joe, knew he was a big animal lover. He supported many organizations that cared for the needs of animals. He personally took in many stray cats and cared for them. He loved to be surrounded by his cats. They were his family. Joe was a very kind and generous person. Everyone’s life he touched has been blessed to have him in their life. We will miss you, Joe. We look forward to seeing you again in the future. Acts 24:15 promises, “And I have a hope toward God, which hope these men also look forward to, that there is going to be a resurrection of both the righteous and the unrighteous.” Military Honors and interment will be held on Wednesday, March 3, 2021 at 1pm at Bethlehem Memorial Park, 1851 Linden St., Bethlehem, PA. Thank you to the Connell Funeral Home in Bethlehem and Bethlehem Memorial Park for helping with the arrangements. We also want to thank Cornerstone Living and their staff for all you have done to make Joe’s stay with you such a pleasant experience. You have gone above and beyond any expectations.

Joseph R. Pulley was born December 3, 1931 in Bethlehem, PA to Joseph and Emily (Horn) Pulley. He died February 21st, 2021. He is survived by numerous cousins. He graduated from Liberty High School in 1949 and Moravian College in 1958.... View Obituary & Service Information

The family of Joseph R. Pulley created this Life Tributes page to make it easy to share your memories.

Send flowers to the Pulley family.