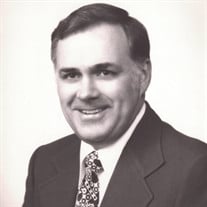 David Alan VanHorn, Sr. passed away peacefully on September 2, 2021 at the age of 91, in Bethlehem, Pennsylvania. David was born on April 4, 1930 in Des Moines, Iowa. He graduated from Iowa State University in 1951 with a degree in civil engineering and then worked three years for the Federal Highway Administration before returning to Iowa State to complete his Masters and Doctorate degrees in civil engineering in 1956 and 1959, respectively. David began his 37-year career in academia in the civil engineering department at Iowa State University. Moving to Lehigh University in 1962, he became a full Professor four years later and chairman of the department the following year-a position that he held for the next 17 years while leading the department to its highest national ranking. While on a three-year leave from Lehigh, he served as a Visiting Scientist in the Office of the Secretary of Pennsylvania Department of Transportation. In 1995, he retired from Lehigh as a Professor Emeritus. David had a lifelong passion for engineering education and particularly enjoyed teaching throughout his career. He advised hundreds of civil engineering students and alumni. Students and colleagues recognized his excellence through multiple awards culminating in him receiving Lehigh University's most distinguished award for teaching. Nationally, he was a 23-year contributor to the Accreditation Board for Engineering and Technology (ABET), leading scores of accreditation teams and serving in multiple ABET leadership roles before being named as a Fellow of ABET. David was devoted to the civil engineering profession. In addition to his engineering education work, he made major contributions through extensive service to the American Society of Civil Engineering (ASCE) and long list of published research on structural behavior of concrete structures. In 2001, he was very proud to be recognized by ASCE with their highest honor "for his distinguished career as a leader in engineering education, his excellence in teaching, his structural engineering research, and for a lifetime of outstanding professional service". Outside of civil engineering, David loved college athletics, particularly wrestling. He was a fixture at Lehigh University home wrestling meets, cherished member of the Lehigh wrestling community, and traveler to many national wrestling championships over the years. Maintaining the balance between academics and athletics at the college level was foundational to him and he served as a faculty representative on different university athletic committees to support that. In the community, David served as President of the Board of the Buchanan Park Housing Corporation in Bethlehem, PA; Board Member of the Ocean Park Jupiter Condominium Association, in Jupiter, FL; Rotary Club member; and various other civic and charitable positions. David is survived by his wife of 43 years, Barbara; his two children and their spouses, Deborah (VanHorn) and Mark Werner, and David and Diana VanHorn; grandchildren, Elisa Cook and Kristen Ackert; great-grandchildren, Claire, Caleb, and Dylan; brother-in-law and sister-in-law, Brendon and Kathleen Donlin and nieces, Caitlin Donlin and Stacy Fisher. A memorial service will be held 2:00 p.m. on Friday, September 10, 2021 at Grace Church Bethlehem, 521 E. Locust St., Bethlehem, PA 18018. Memorial contributions may be made to Lehigh University Athletic Department, c/o Lehigh Athletics, 641 Taylor St., Bethlehem, PA 18015.

David Alan VanHorn, Sr. passed away peacefully on September 2, 2021 at the age of 91, in Bethlehem, Pennsylvania. David was born on April 4, 1930 in Des Moines, Iowa. He graduated from Iowa State University in 1951 with a degree in civil engineering... View Obituary & Service Information

The family of David Alan VanHorn, PhD, P.E. created this Life Tributes page to make it easy to share your memories.