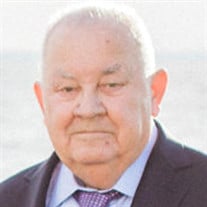 Beloved driver “Mr. G”, who kept New Yorkers moving, dies at 83 Native New Yorker and great-grandfather Joseph Gennaro, 83, passed away peacefully on Jan. 20, 2021. Born in Williamsburg, Brooklyn, in 1937, he was the youngest of four boys. The child of Italian immigrants, his parents, Giovanni and Antonina, came to this country in the early 1900s. Known affectionately as “Mr. G,” Joe was a life-long New Yorker and a driver by trade who steered everything from trucks to limousines. After retiring, he and his wife of more than 55 years, Anita, moved from Queens to Bethlehem, Pa., more than a decade ago. The Army veteran is survived by his wife, as well as his two daughters, Nina and Lillian, and son, John. He also had two son-in-laws, Joseph Bonavita and Daily News Head of Video Michael Sheridan, as well as five grandchildren: Christina, John, Joseph, Michael and Emily, and recently welcomed into the world his great-granddaughter, Eleanor. Joseph will be laid to rest Jan.29 in Newtown, Pennsylvania at Washington Crossings National Cemetery with full military honors.

The family of Joseph J. Gennaro created this Life Tributes page to make it easy to share your memories.

Send flowers to the Gennaro family.