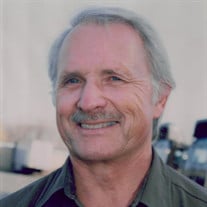 Richard E. Cunningham, 87, of Bethlehem, died on January 6, 2022 at his home surrounded by his loving family. He was born November 1, 1934 in Elizabeth, NJ; son of the late Charles and Sophie (Stelmasky) Cunningham. Richard is survived by his wife, Ruth (Williams) Richardson Cunningham. He retired after 37 years of service as a feeder driver for United Parcel Service, attaining 3 million miles of safe driver service. Richard enjoyed the comradery with the other employees. Richard is lovingly remembered as a kind man who a kindness for both people and animals. He found great peace in his walks near memorial pool where he would greet friends and feed the animals. Richard lived a healthy lifestyle of fitness; he was exercising up to a few days ago. But he will be remembered most for his love of family and spending time together, and his many adventures with his wife Ruth. He is dearly missed by his wife, Ruth; daughter, Linda Holderried (Charles); Richard E. Cunningham, Jr. (Trish); Michael Cunningham; Joseph Cunningham (Marianne); Mary Ellen Mele (Tony); step daughter, Kerry Henry; brother, Ronald Cunningham (Anna); grandchildren; and great grandchildren. Richard was preceded in death by his wife, Irene Cunningham; daughter, Stephanie Cunningham; son, Douglas Cunningham; step son, Christopher Richards; sister, Lorraine Stannis; brother, Charles Cunningham; and granddaughter, Shannon Cunningham Labella. A visitation will be held on Monday, January 10, 2022 from 3:00-6:30 p.m. and again on Tuesday from 9:00-10:00 a.m. at Connell Funeral Home, 245 E. Broad St. Bethlehem, PA 18018. A Mass of Christian Burial will be celebrated 10:30 a.m. on Tuesday at St. Anne’s Catholic Church, 450 E. Washington Ave. Bethlehem, PA 18017. In lieu of flowers, memorial contributions may be made to The Center for Animal Health and Welfare, and/or St. Jude’s Children’s Research Hospital.

Richard E. Cunningham, 87, of Bethlehem, died on January 6, 2022 at his home surrounded by his loving family. He was born November 1, 1934 in Elizabeth, NJ; son of the late Charles and Sophie (Stelmasky) Cunningham. Richard is survived by... View Obituary & Service Information

The family of Richard E. Cunningham created this Life Tributes page to make it easy to share your memories.

Send flowers to the Cunningham family.