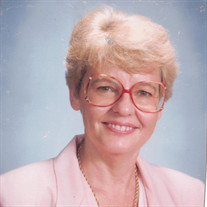 Sally June (Heist) Novack, 83, of Bethlehem Township died Sunday, June 27, 2021 at Cedarbrook Nursing Home-Fountain Hill. Born in Emmaus she was the daughter of the late Thelma A. (Boyer) and Harold L. Heist. She was married to John R. Novack with whom she celebrated 62 years of marriage until his death on March 16, 2019. Sally was a 1956 Allentown High School graduate and later she went to Northampton Community College receiving an Associate’s degree in Liberal Arts in 1981, and a Bachelor’s degree in Psychology from Moravian College graduating Summa Cum Laude in 1985. She worked at Roadale Press Health Books as a fact checker and Northampton Community College as a coordinator in the academic center and retiring as a registrar in 1997. Sally and her husband were avid bowlers and bowled in couples bowling leagues at Bethlehem Steel Club and the senior league at Bar-Don Lanes. Along with her husband they participated in flying clubs where John belonged, flying single engine airplanes on vacations up and down the East Coast, from Niagara Falls to Key West. Sally’s accomplishment she most cherished was flying lessons culminating in several solo flights, overcoming her greatest fear. Sally also enjoyed playing the piano, reading, writing, gardening, counter cross stitch, feeding the hummingbirds, walking, and loving her Chihuahuas for many years. She and John enjoyed roller skating as well as motorcycling. Sally will be lovingly remembered by her son, John Harold Novack and grandson, John Henry Novack. She was preceded in death by her daughter, Holly Lee Novack and son, David Alan Novack. A viewing will be held Friday, July 2, 2021 at Connell Funeral Home, 245 E. Broad St., Bethlehem, PA 18018 from 10-11 AM followed by a service at 11 AM. Burial will be at Northwood Cemetery, Emmaus. Memorial contributions may be made in Sally’s name to Animals in Distress, P.O. Box 609, 5075 Limeport Pike, Coopersburg, PA 18036.

Sally June (Heist) Novack, 83, of Bethlehem Township died Sunday, June 27, 2021 at Cedarbrook Nursing Home-Fountain Hill. Born in Emmaus she was the daughter of the late Thelma A. (Boyer) and Harold L. Heist. She was married to John R. Novack... View Obituary & Service Information

The family of Sally H. Novack created this Life Tributes page to make it easy to share your memories.

Send flowers to the Novack family.