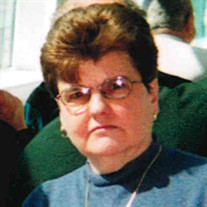 Shirley A. Morrison, 79, passed away on August 30, 2021, at her residence. She was born on August 19, 1942, in Bethlehem, PA, one of 12 children to the late Clinton and Isabella (Keiper) Schoch. Shirley is survived by her devoted husband, Edward G. Morrison. The two were married in 1963 and formed their relationship five years prior. Shirley will be lovingly remembered as a caring, high spirited, and strong-willed woman who was a devoted wife and a loving mother and grandmother. She spent her later years caring for her husband and enjoying time with her granddaughter. Shirley found great peace in nature and enjoyed camping in the mountains. Shirley took great pride in her home and loved cooking and gardening. She enjoyed the local arts and theatre, especially the Freddy Awards. Shirley was a graduate of Liberty High School and she attended Bethlehem Business School. Shirley worked as a Northampton County District Court Clerk. She was a former parishioner of Our Lady of Perpetual Help Church. She will be dearly missed by her husband, Ed; son, Edward M. Morrison and spouse, Stephanie C.; daughter, Kathleen Rodriguez; granddaughter, Sydney Morrison; sisters, Loretta Rudolph, and Gloria Cope; and brothers, Richard, Raymond, Gerald, and Bruce; as well as extended family and friends. Shirley was preceded in death by five brothers. Friends and family will be received on Tuesday, September 7, 2021, from 6:00-8:00 p.m. and again on Wednesday from 10:00-10:30 a.m. at Connell Funeral Home, 245 E. Broad St. Bethlehem, PA 18018. A funeral service will be held on Wednesday at 10:30 a.m. at the funeral home followed by burial at Bethlehem Memorial Park. Memorial contributions may be made to The Alzheimer's Association. https://www.alz.org/delval Condolences may be offered at www.connellfuneral.com.

Shirley A. Morrison, 79, passed away on August 30, 2021, at her residence. She was born on August 19, 1942, in Bethlehem, PA, one of 12 children to the late Clinton and Isabella (Keiper) Schoch. Shirley is survived by her devoted husband,... View Obituary & Service Information

The family of Shirley A. Morrison created this Life Tributes page to make it easy to share your memories.

Send flowers to the Morrison family.