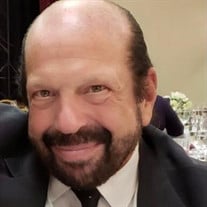 Wayne Anthony Maura, 66, of Bethlehem, died unexpectedly on Monday, November 9, 2020. He was born May 20, 1954; son of the late Isabel C. (Fuoco) Maura and the late Joseph J. Maura Sr., Sr. Magisterial District Judge. Wayne is survived by his wife Kathleen (Kranyecz) Maura. Wayne served as a Pennsylvania Magisterial District Judge of Lehigh County since 2005. His court was located in West Bethlehem; the community he loved and was devoted to protect until his passing. Wayne ran his court the way he lived his life; with purpose, honesty, compassion, and professionalism. He was not one for small talk. Instead, Wayne demanded genuine interactions and he desired to understand every detail within every conversation he ever had. Wayne was raised to never discriminate and to be grateful for all God's blessings, these teachings served him well in life and in his professional career. Wayne was a selfless man who placed the needs of his family, friends, and community before his own. A devoted son, Wayne spent much of his time caring for his late mother, Isabel, who he referred to as "her HIGHNESS". He had a large extended family that he liked to call "his village", who he enjoyed spending time with. Wayne had a passion for music. He was a talented drummer and singer who found peace in playing, and belonged to several bands over the years. He performed with New Kind of Talk, an original fusion jazz group. Prior to serving as a judge, he owned and operated a musical production company. He could often be found playing in venues in the Lehigh Valley. He was active in the community and was a member of several organizations including the Bethlehem Boys Club, Unico, Goodfellows, and various Jazz organizations. Wayne will be dearly missed by his wife, Kathy as well as his extended family and friends. He was predeceased by his brother, Joseph J. Maura Jr. Arrangements have been entrusted to Connell Funeral Home. The family will receive guests on Monday, November 16, 2020 at Calvary Baptist Church, 5300 Green Pond Rd. Easton, PA 18045 from 11:00 a.m. to 12:30 p.m. with a funeral service to follow at 12:30 p.m., Pastor Emeritus Larry Burd officiating. Interment will be held at Holy Saviour Cemetery. In lieu of flowers, memorial contributions may be made to St. Jude’s Children’s Research Hospital, Shriner’s Hospital, Wounded Warriors, and/or Tunnel to Towers Foundation.

The family of Wayne Anthony Maura created this Life Tributes page to make it easy to share your memories.

Send flowers to the Maura family.