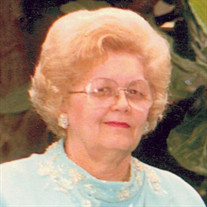 Elizabeth A. (Taylor) Hinkle, 95, of Allentown, peacefully passed away Friday, September 11, 2020 in her home surrounded by her two daughters. Born June 15, 1925 in Fountain Hill, she was the daughter of the late James F. and Mary (Julien) Taylor. She was the wife of the late Richard F. Hinkle of Allentown. Bette was a 1943 graduate of Fountain Hill High School where she later became the school secretary and had the 1955 school yearbook dedicated to her. Bette enjoyed family gatherings, family vacations, Saturday nights at the kitchen table, attending West Park concerts and many school functions. Bette was most proud of her family, she was proud to be a “Hiller” and proud of the home she helped create with her husband, Dick. When meeting new people, she playfully told them they were in the presence of “Elizabeth Taylor” and enjoyed seeing their reaction. Later in life she enjoyed trips with her husband to Atlantic City and attending Penn State White Out games with her two daughters. Bette’s strong Catholic faith was very important to her throughout her life. Bette was pre-deceased by brothers, Robert and James Taylor and sisters, Mary Spirk, Margaret Duran and Isabel Hutchinson. She will be lovingly remembered by her daughters, Beth Hinkle of Morrisville and Lisa Hinkle of Allentown and many nieces and nephews. A viewing will be held on Tuesday, September 15, 2020 from 6-8 p.m. at Connell Funeral Home, 245 E. Broad St. Bethlehem, PA 18018. (Mask will be required and there will be a limited occupancy in the funeral home.) A viewing will also be held on Wednesday, September 16, 2020 from 8:30-9:30 a.m. in the funeral home followed by a Mass of Christian Burial at 10:30 a.m. at the Cathedral Church of St. Catherine of Siena 1825 W. Turner St. Allentown, PA 18104. Burial will be held at Holy Saviour Cemetery. In lieu of flowers, memorial contributions may be made to the National Multiple Sclerosis Society, P.O. Box 8168 Philadelphia, PA 19101-8168.

Elizabeth A. (Taylor) Hinkle, 95, of Allentown, peacefully passed away Friday, September 11, 2020 in her home surrounded by her two daughters. Born June 15, 1925 in Fountain Hill, she was the daughter of the late James F. and Mary (Julien) Taylor.... View Obituary & Service Information

The family of Elizabeth A. Hinkle created this Life Tributes page to make it easy to share your memories.

Send flowers to the Hinkle family.