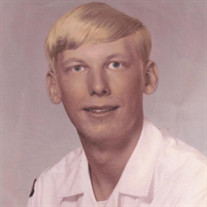 George S. Woytko, 69, of Danielsville, passed away at home on April 1, 2021, surrounded by his loving family, following a long and courageous battle with cancer. George was born on January 11, 1952, in Shenandoah, PA. He was the son of Rita M. (Dawson) Woytko and the late George Woytko. Following graduation from West Hazleton High School, George enlisted in United States Navy, serving aboard the USS Columbus. Following his military service, George held employment with Dynatherm Furnace, The Bethlehem Corporation, and UGI Services prior to starting his own business. George was the proud owner and operator of Expert Gas Technicians for over twenty-one years. George and his wife also enjoyed many happy adventures traveling in their RV. George was a member of St. Nicholas Catholic Church, Walnutport. George was a charter member of the Knights of Columbus St. Nicholas Council #16656 and a member of Bishop Thomas J. Welsh Assembly #931. In addition to his father, George was preceded in death by his brother-in-law, W. Scott Bivans. Surviving is his wife of forty-one years, Mary (Beginnes) Woytko; his mother, Rita Woytko; his sister, Susanne Amici, and his niece, Kelly Hogan, all of Phoenix, AZ. He is also survived by his sisters-in-law: Anne Bivans of Whitehall; Linda Kruse (Raymond) of Buffalo, KY; and Diane Phalen of Allentown. George also leaves behind his faithful companions, Snowy and Lucy. A visitation will be held at the Connell Funeral Home, Inc., 245 East Broad Street, Bethlehem, on Wednesday, April 7, 2021, from 6:00-8:00pm. A Mass of Christian Burial will begin at 10:00am on Thursday, April 8, at St. Nicholas Catholic Church, 1152 Oak Road, Walnutport, PA 18088, with the Rev. Adam Sedar, his pastor, officiating. In lieu of flowers, memorial contributions may be made, in George’s honor, to St. Jude’s Children’s Hospital, 332 N. Lauderdale St., Memphis, TN 38105 or Wounded Warrior Project, 4899 Belfort Road, Suite 300, Jacksonville, FL 32256, or to the charity of one’s choice.

George S. Woytko, 69, of Danielsville, passed away at home on April 1, 2021, surrounded by his loving family, following a long and courageous battle with cancer. George was born on January 11, 1952, in Shenandoah, PA. He was the son of Rita... View Obituary & Service Information

The family of George S. Woytko created this Life Tributes page to make it easy to share your memories.

George S. Woytko, 69, of Danielsville, passed away at home on...

Send flowers to the Woytko family.