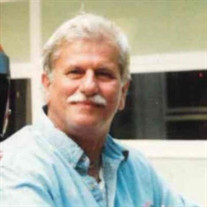 Thomas J. Horninger, 73, of Bethlehem, died on February 10, 2021 with his children by his side. He was born August 17, 1947 in Bethlehem; son of the late Daniel, Sr. and Elizabeth (Blihar) Horninger. He was preceded in death by his wife, Shirley J. (Fink) Horninger. From a young age, Tom had a tremendous work ethic. In his early years, he worked for the family businesses, Willow Park Amusements and Pool. Tom later used the skills he learned in his career as a machinist and mechanic. If it had a motor, Tom could fix it. He was the owner and operator of Tom’s Automotive Beauty Shop in Freemansburg; he later worked as a machinist for Mail-Well, Inc. for over 25 years; and ultimately retired from Trans-Bridge Tours, Inc. Even into the last week of his life he was providing advice, confirming that you can take the tools away from the mechanic but you truly could not take the mechanics out of the man. Tom will be lovingly remembered as a hardworking, good, family man who would help anyone when he had the chance. He enjoyed spending time with his family and was a caring father, photography, and riding his motorcycle; especially with the Goldwing Motorcycle Club. Tom was a graduate of Liberty High School. And he was a parishioner of Sacred Heart Catholic Church, Bethlehem Township. He will be dearly missed by his children, Bryan Horninger and wife, Amy; Jeffrey Horninger and companion, Laura Castellani; Kristin Jones; and Nicole Genovese; his grandchildren, Brooke, Evan, and Olivia; sister, Diane Strobel; as well as his stepchildren and step-grandchildren. He was preceded in death by his brother, Daniel Horninger, Jr. Arrangements have been entrusted to Connell Funeral Home. A visitation will be held on February 23, 2021 from 9:30-10:30 a.m. at Sacred Heart Catholic Church, 1817 First St. Bethlehem, PA 18020 with a Mass of Christian Burial to follow at 10:30 a.m. Due to current conditions, all guests must wear a mask and maintain social distancing upon entry. Burial will be held at Holy Saviour Cemetery, Bethlehem, immediately following the service. Memorial contributions may be made in honor of Tom to the animal shelter of your choice.

Thomas J. Horninger, 73, of Bethlehem, died on February 10, 2021 with his children by his side. He was born August 17, 1947 in Bethlehem; son of the late Daniel, Sr. and Elizabeth (Blihar) Horninger. He was preceded in death by his wife, Shirley... View Obituary & Service Information

The family of Thomas J. Horninger created this Life Tributes page to make it easy to share your memories.

Send flowers to the Horninger family.