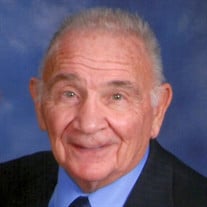 Thomas M. Jordan, 80, of Bethlehem, died Thursday April 15, 2021 at Lehigh Valley Hospital- Muhlenberg Campus surrounded by his loving family. Born in Bethlehem, he was the son of the late Frank G. and Eva E. (Holytak) Jordan. Tom was married to Marie R. (Zarinsky) Jordan with whom he celebrated 50 years of marriage. Tom was a 1958 graduate of Liberty High School where he was a stand-out football player, having played in the first Big 33 game and earning all-state honors. He went on to play football at Fork Union Virginia Military Academy for 1 year before continuing his football career at Michigan State University, where he lettered 3 years playing both center and guard. Tom was inducted into both the Liberty High School Athletic Hall of Fame and the Lehigh Valley Football Hall of Fame. After graduating from MSU with a Master’s Degree in Education, Tom enlisted in the Marine Corps, serving with Kilo Company, 3rd Battalion, 7th Marines in 1965 and 1966. In 1967 Tom was awarded the prestigious Purple Heart medal and remained a proud US Marine all his life. He returned to PA and became a teacher at Freedom High School, where he coached the rifle squad, and was also a football coach for Freedom, Liberty and Bethlehem Catholic High Schools, and was an Assistant Coach for Lehigh University. Tom loved spending time with his children, grandchildren and great-grandson for holidays and family celebrations. He was a member of the Eastern Amputee Golf Association and enjoyed golfing, as well as wintering in Florida, and getting together for Marine Corps reunions. He was a former member of St. Joseph’s Catholic Church and currently a member at Our Lady of Perpetual Help Church. Tom will be lovingly remembered by his wife Marie, children Jennifer Brown, Karen Sobrinski and Michael Jordan (Jennelle), brother James C. Jordan (Dorothy), sister-in-law and brother-in-law Eleanor and Charles Albright, grandchildren Chris, Kelly and Erik Sobrinski, Jonathan and Elizabeth Brown, Evelyn Jordan and great grandson, Leo Sobrinski. He was preceded in death by his son-in-law, Mark Brown and niece, Robin Albright-Himmelberger. A viewing will be held on Saturday, April 24, 2021 from 9-11 AM at Our Lady of Perpetual Help, 3219 Santee Rd., Bethlehem, PA 18020, followed by a Mass of Christian Burial at 11am. Burial with military honors will follow at Holy Saviour Cemetery. Arrangements under the guidance of Connell Funeral Home. In lieu of flowers memorial contributions may be made in Tom Jordan’s name to Our Lady of Perpetual Help Church or The Eastern Amputee Golf Association Scholarship Fund.

The family of Thomas M. Jordan created this Life Tributes page to make it easy to share your memories.

Send flowers to the Jordan family.