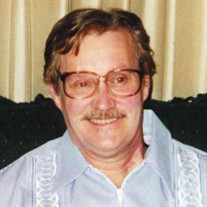 Edward W. Vogel, 76, of Holy Family Manor, Bethlehem, and formerly of New York City, died peacefully surrounded by his family at St. Luke’s Hospital on Saturday, May 8, 2021. He was the son of the late Edward and Mary (Rosko) Vogel. Edward was a graduate of Liberty High School Class of 1963 and West Chester University where he majored in Music and Sociology. At age 16, like his dad, he started playing his trumpet in big bands, jazz, and rock groups in the Lehigh Valley. Ed went to NYC in 1967. He was affiliated with the ACLU and was an avid opponent of the Vietnam War. He served as an advocate for many other causes to advance their goals. His employment in New York City included Head Librarian for G. Schimer Music Publishing and Conrail Eastern Railway, Co. Tariff Department. After additional schooling, he became the lead Law Assistant in the Fiduciary Department of Weil, Gotshal, and Manges. Ed’s passion was music. He was musical director, arranger, and composer for several street theatre and Off-Broadway productions. He worked with many cabaret singers: coaching, arranging their music, and putting their shows together. Eddie played in clubs around the City, including Reno Sweeny’s and Trudy Heller’s. Edward was once described as playing the “sweetest cornet this side of heaven.” He celebrated the differences in cultures and people. His penchant was greeting new friends in their language, whether Russian, Arabic, Chinese, Yiddish, or Greek. Then, over a beer of shot of vodka, the talk was politics and history. His hobbies included fishing, gardening, baking, sketching, sculpting, and going to auctions. He had a huge collection of 78s and sheet music going back to the 1890s. Ed will be remembered for his big heart, kindness and willingness to help others, his analytical mind, curiosity, and interest in all things and people, his inspiration, Russian temper, and passion for life. We lift our glasses in celebration to a life well lived. NOSTROVIA! He will be lovingly remembered by his sister, Marie Adamcik and her husband Frank of Salisbury Township; Margaret Butz Vogel of NYC; nephews: Nicholas, Christopher, his son Zeven; Mark, wife Leanne; Michael, wife Maureen, and their children; nine great nieces and nephews, and extended family. A visitation will be held at the Connell Funeral Home, Inc., 245 East Broad Street, Bethlehem, on Friday, May 14, 2021, from 2:00-3:00pm. The funeral service will begin at 3:00pm at the funeral home. Interment will be in Holy Saviour Cemetery, Bethlehem. In lieu of flowers, donations may be made to the American Heart Association, PO Box 840692, Dallas, TX 75284-0692.

Edward W. Vogel, 76, of Holy Family Manor, Bethlehem, and formerly of New York City, died peacefully surrounded by his family at St. Luke&#8217;s Hospital on Saturday, May 8, 2021. He was the son of the late Edward and Mary (Rosko) Vogel.... View Obituary & Service Information

The family of Edward W. Vogel Jr. created this Life Tributes page to make it easy to share your memories.

Send flowers to the Vogel family.