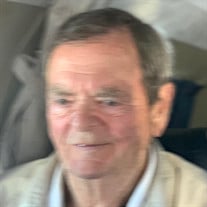 Gerald “Jerry” Sarajian, 77, of Naples, FL (previously from Bethlehem, PA) passed away gently on October 1, 2021 following a brief illness. He is survived by his beloved wife of 25 years, Louise (Armitage) Sarajian, his brother Ronald Sarajian (married to Jenette) of Henryville, PA. He was predeceased earlier this year by his other brother, Jeffrey Sarajian (married to Mona) of Myrtle Beach, SC. Jerry was born in Teaneck, NJ, the son of the late Hrant and Grace (Hesselman) Sarajian. He grew up in Miami and the Poconos. He served in the Army Reserves from 1962 to 1968. Following the Army Reserves, he attended Mary Gaffney’s Kendall Flying School in Miami, FL to become a pilot. After graduating, he flew as captain of a Learjet for Jerome Castle, president of the Penn-Dixie Cement Corporation of New York. Thereafter, he captained a private jet for a Saudi sheikh for several years, flying out of Geneva, Cairo, Lagos, and Kano. He continued to work in the Middle East and South Africa, eventually becoming the captain to Alhaji Aminu Dantata, a prominent Nigerian businessman and philanthropist. While working for Dantada, Jerry created his own aviation company with the G2 (Gulfstream), tail number N1039. He flew all over the world until he retired in the early 1990s. Jerry accomplished what he set out to do and saw the world and all its wonders while doing it. Once grounded, he became a shareholder in Camelback Ski Resort in the Poconos. Over many years, he and his partners created an extremely successful winter ski destination and summer water park getaway. Although he loved aviation and business, his family was most important to him. He took care of those he loved and didn’t expect any recognition in return. He also enjoyed yard work to keep his properties looking professionally manicured and fishing on the open water. As the years passed, he spent more and more time in Naples, FL admiring airplanes and enjoying the weather and water. In addition to his wife, Jerry is survived by his nephews and niece, who were like children to him: Scott Sarajian of Naples, FL; Christopher Sarajian of Mt. Pocono, PA; Michael Sarajian of Henryville, PA; Jennifer Sarajian Stone of Oakton, VA; Ryan Sarajian of Conway, SC; and Zachary Sarajian of Conway, SC. He also has three great nieces (Rachel, Hennsley, Haddley) and six great nephews (RJ, Harrison, Hayden, Holden, Harvey, and Christopher) whom he adored, along with his goddaughter, Nancy Schroeder Jakum. A viewing and service will be held at Connell Funeral Home, Inc. in Bethlehem, PA at 10am on Friday, October 8. After the service, Jerry will move into his “last condo” at the Holy Savior Cemetery in Bethlehem, PA. In lieu of sending flowers or gifts, please hug your loved ones and promise to cherish every day you have with them.

The family of Gerald "Jerry" Sarajian created this Life Tributes page to make it easy to share your memories.

Send flowers to the Sarajian family.