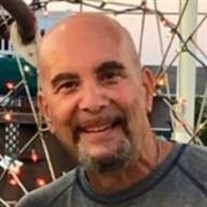 Lewis Robert Malpedo, 68, of Bethlehem and more recently of Punta Gorda, FL; passed away on February 19, 2020 with his family by his side. He was born December 21, 1951 in Fountain Hill, the son of the late Lewis A. and Dolores M. (Tarole) Malpedo. Lovingly known by family and friends as Bobby or Lou; he will be remembered forever for the tenacity, courage and graciousness in which he battled Multiple Myeloma the past 3 years. To Lou, family was everything. He will be dearly missed by his wife of 42 years, Bonnie (Beers) Malpedo; his son, Michael (Meghan); daughter, Angela (Steven); brothers, C. Richard (Rita), and Anthony; as well as his grandchildren with whom he shared a special bond, Rocco, Valentina, Claire, Addie, and Mickey; his goddaughter and niece, Rita Marie; sister-in-law, Janie Beers; and brother-in-law, Jefferey Beers (Barbara). Lou is also survived by his nieces, cousins, and extended family and friends. Lou dedicated his life to the service of others. Upon graduation from high school he enlisted in the U.S. Army National Guard to proudly serve his country. After spending a short time working in the blast furnace of the Bethlehem Steel Corp., Lou’s selflessness served him well during his 25 years as a City of Bethlehem Firefighter. And when called upon to be the first in a clinical trial, Lou gladly risked his waning health to take a chance at benefiting the health of others. Lou knew how to live a full life, and he did it on his terms. He was the life of the party; always up for a good time. Lou loved spending time with family and friends. He made so many meaningful connections with friends through his career, his membership of local social clubs, over a round of golf and a good cigar, as Past Master of Bethlehem Lodge 283 F. & A. M., his time as a real estate agent, or when he and Bonnie would travel together with their Red Rooster roasted corn stand. Bobby fondly spoke about his childhood memories and how wonderful it was growing up with his family and friends in Fountain Hill. He found great peace in playing his guitar with his band “The Old Stogies” and was a talented artist as well. And for as much as Lou knew how to live, he was equally skilled when it came time to relax. Lou’s family will receive guests on Friday, February 28, 2020 from 5-8 p.m. and again on Saturday from 9-11 a.m. at Connell Funeral Home, 245 E. Broad St. Bethlehem, PA 18018. A ceremony to celebrate Lou will be held at 11 a.m. in the funeral home on Saturday, February 29, 2020. Interment will be private. Memorial contributions may be made to Foundation 58, P.O. Box 58, East Hanover, NJ 07936 and/or Nam Knights of America Lehigh Valley Chapter, c/o Ralph J. Shenyo, 1849 Highpoint Rd. Coopersburg, PA 18036. Both organizations generously supported Lou during his battle.

Lewis Robert Malpedo, 68, of Bethlehem and more recently of Punta Gorda, FL; passed away on February 19, 2020 with his family by his side. He was born December 21, 1951 in Fountain Hill, the son of the late Lewis A. and Dolores M. (Tarole)... View Obituary & Service Information

The family of Lewis Robert Malpedo created this Life Tributes page to make it easy to share your memories.

Lewis Robert Malpedo, 68, of Bethlehem and more recently of Punta...

Send flowers to the Malpedo family.