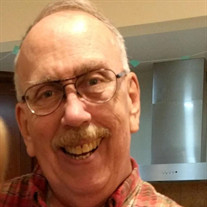 8/13/1948 - 9/2/2021 Robert (Bob) James Byrne was the only child of Robert Anthony and Margaret Catherine Byrne of Bethlehem, PA born on August 13th, 1948. Bob attended Bethlehem Catholic High School where he met the love of his life, Mary Eleanor (Harris) Byrne. He graduated in 1966 and later attended Penn State University. Bob received his Bachelor of Science in Park and Recreation Administration in 1970. After graduating, Bob joined the National Park Service. His first posting was at Herbert Hoover National Historic Site in West Branch, Iowa. Shortly after his first assignment, Bob and Mary were married on September 11th, 1971, in Bethlehem, PA. His second assignment was Sub District Ranger in Lovell, WY at the newly formed Bighorn Canyon National Recreation Area in 1973. Bob and Mary moved to Utah in 1975, where he took the assignment of District Ranger at Canyonlands National Park. In 1977 Bob became Chief Ranger at Cuyahoga Valley National Park in Ohio. At the time, he was the youngest Chief Ranger in the country. While in Ohio, Bob and Mary gave birth to Jenny (Guinan, ‘78) and Jeremy (‘81). In 1981, the Byrne Family moved back to Pennsylvania, where Bob became Chief Ranger at Independence National Historic Park. In 1987, their son Jacob was born. During this assignment Bob met four American Presidents, the Dali Lama, the crown Prince of Japan, and received the prestigious Citation for Meritorious Service for his work on the Bicentennial of the Constitution Celebration. In 1992 Bob moved his family back out West and returned to Bighorn Canyon National Recreation Area, this time as the Assistant Superintendent. Here he would finish his 34-year Park Service career in September, 2004. Bob, Mary, and family lived in Powell Wyoming between 1992 and 2018. In 2018, Bob and Mary moved to Grafton, WI to be closer to their son Jacob and his children. Bob lived amongst family until his death on September 2nd, 2021, in Mequon, WI. Bob should be remembered as a man who loved the written word, especially Fantasy and Sci-Fi. His children will remember him as a man who was anti-censorship and who hoarded his books like a dragon. In his younger days he envisioned himself as a cowboy who would conquer the wild west. He loved to camp, fish, hunt, and hike. As he aged, he enjoyed computers and video games. He made a point to always be available to his children when they needed him until the very end. Bob passed 9 days before his 50th wedding anniversary and is survived by his wife Mary (Harris), daughter Jenny (Guinan), her husband Oliver and two sons, Mannix and Bram; his son Jeremy, his wife Michelle, and their four children Collin, Kaiya, Cora, and Quinn; his son Jacob, his partner Ashley and their two children Arlo and Emery. He was preceded in death by his father Robert, his mother Margaret, and his infant son Joshua Robert (‘76). Visitation and a memorial service will be held at Mueller Funeral Home in Cedarburg, WI Friday September 10th, 2021. Visitation begins at 5:00 PM with the memorial service to follow at 6:00 PM. Visitation and a requiem Mass will be held at St. Anne’s in Bethlehem, PA on Saturday September 18th, 2021. Visitation begins at 10:00 AM with the Mass to follow at 10:30 AM and then a burial at Holy Savior Cemetery. In lieu of flowers, the family requests donations be made to NationalParks.org or StJude.org in his name.

The family of Robert James Byrne created this Life Tributes page to make it easy to share your memories.

Send flowers to the Byrne family.