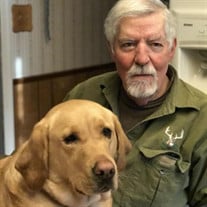 Robert V. Leun of Bethlehem, PA, passed away peacefully on a beautiful Spring day at the age of 85. Bob was born on June 24th, 1936 in Wydnor, PA. Bob graduated Bethlehem High School in 1954. Throughout his youth, he loved to spend his time outdoors fishing and camping in Boy Scouts, where he earned the rank of Eagle Scout. After high school, Bob attended the Pennsylvania Military College (PMC) in Chester, PA., where he earned a Bachelor’s Degree in Mechanical Engineering. Following his commission as 2nd Lieutenant in the United States Army, Bob was stationed in West Germany and was on active duty when the wall went up separating East and West Berlin. While stationed in Pirmasens, he met his wife-to-be, Marianna. Neither of them could speak a common language and used German-English dictionaries to communicate on their early dates. Bob eventually learned to speak German and made Marianna his bride on June 9, 1962. Leaving the Army as a Captain and starting a new life back in the States, their romance lasted two months shy of 60 years and was blessed with three wonderful children. In addition, his family had several beloved dogs that brought him so much joy and happiness over the years. Similar to his youth, Bob spent his adulthood in the woods, on a stream, or boating on a lake. Bringing his boys up in Boy Scouts and becoming a Scoutmaster for Troop 346 in Bethlehem Township. Bob was also quite the handy man around the house and can count numerous home renovations and landscaping projects to his credit - all the while instilling these passions in his children. Bob worked at Durkee Foods in Bethlehem, PA for 25 years, which was a time in his life he remembered fondly. After retiring in 2000, Bob used his retirement to spend more time fishing or gardening around the house. Bob was predeceased by his father, Vincent Leun and mother, Anne (Cunningham) Leun; as well as sisters Patricia (Leun) Hudson and Mary (Leun) Jordan. He is survived by his wife, Marianna; his sons Patrick (husband Rizzy), Michael (wife Holly) and David (partner Sara); several nieces and nephews, as well as his beloved Yellow Labrador Honey-Girl. Services will be private and at the convenience of the family. Arrangements Connell Funeral Home. In lieu of flowers, memorial donations may be made to the American Cancer Society or the Wounded Warrior Project.

Robert V. Leun of Bethlehem, PA, passed away peacefully on a beautiful Spring day at the age of 85. Bob was born on June 24th, 1936 in Wydnor, PA. Bob graduated Bethlehem High School in 1954. Throughout his youth, he loved to spend his time... View Obituary & Service Information

The family of Robert V. Leun created this Life Tributes page to make it easy to share your memories.

Robert V. Leun of Bethlehem, PA, passed away peacefully on a...

Send flowers to the Leun family.